The Federal Open Market Committee of the Federal Reserve voted to hold its key interest rate range steady at 0.00 to 0.25 percent. Although the Fed noted that the economy was improving, Fed Chair Jerome Powell said that the Fed was far from achieving its dual goal of achieving maximum employment and an annual inflation rate of 2.00 percent.

The Federal Reserve canceled the scheduled meeting of the Federal Open Market Committee and Fed Chair’s press conference, but the Fed did lower its target federal funds rate early in the week. Weekly readings on mortgage rates and initial jobless claims were also released.

NAHB Chief Economist Robert Dietz said that March readings were compiled before the coronavirus outbreak and that April’s readings would show more accurate impacts of the coronavirus on builder confidence. As state and local governments begin to restrict non-essential activity, home sales and buyer traffic readings will decline.

The Federal Reserve canceled the scheduled meeting of its Federal Open Market Committee after announcing its decision to lower the target federal funds rate to 0.00 to 0.25 percent.

The National Association of Realtors® reported rising sales of previously-owned homes with a seasonally adjusted annual pace of 5.77 million homes sold and was the highest reading for February sales since 2007. Home sales are expected to decrease as the coronavirus advances.

Open houses and home showings will decrease as stricter efforts to contain the coronavirus occur. 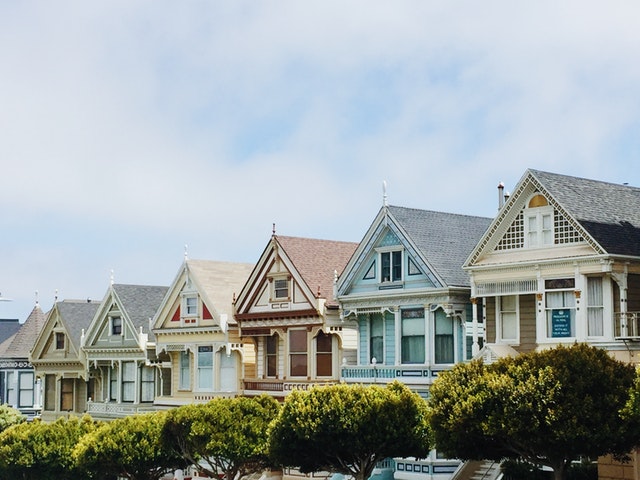 News of the Federal Reserve hiking interest rates appears to have caused unnecessary panic among people poised to purchase a first home or a larger one for a growing family.

Headlines and news reports that talk about interest rates being at their highest since 2014 can be alarming. Announcements from the Fed that rates would increase four times in 2018 and again in 2019 seems downright scary. After all, isn’t it logical that increased interest rates mean that monthly mortgage payment could be substantially higher?

As it turns out, neither the click-bait headlines about dramatic rate increases or higher monthly premiums are real-life concerns. A thoughtful look at interest rates and rational thinking about homeownership indicates that today’s market could be an excellent time to buy.

Interest Rates Are Not Frighteningly High

Americans have largely come to recognize that the media thrives on scare tactics to get you to tune in or click a link. Stating that interest rates are the highest since 2014 is a fair statement, on its face. But the reality behind the numbers is entirely different if you take a long look at historical rates.

Homebuyers that stepped into the market as the economy began to surge in 2017 did a fine job of positioning themselves. That’s because they took full advantage of tremendously low rates while moving into a stable jobs environment. It’s important to keep in mind that low Fed standards of 1.5 percent had already increased from the historic low.25 percent set in 2008 to stimulate the horrific economy.

As the Great Recession hit, unemployment started its climb to 10 percent in 2009 and things were generally bad. Wonderfully low interest rates were of little use when people were out of work and those who were employed lacked job stability. The Fed’s goal was to gradually increase rates as the economy steadily recovered. The common wisdom was to raise rates to 3 percent by 2020.

But if you look back over rate data from the 1970s until the Great Recession, rates tended to be at 5 percent or higher. The Fed’s reported intentions would likely leave potential homebuyers in a better position than most over the 40-50 years. That’s because the country is in the midst of an economic surge that appears to have legs.

The Chicken Little’s of the housing sector may be crying the sky is falling, but nothing could be further from the truth. The modest increases planned by the Fed do not substantially change a potential homeowner’s buying power.

For those with a specific monthly mortgage payment window, the rate increase could slightly change the listing price options moving forward. On the other side of the coin, rate hikes tend to flatten or at least slow asking prices. While buyers cull together a down payment, home prices may be slowing. That could prove very beneficial in terms of securing a dream home.

The basic point about the Federal Reserve raising rates is that this should not necessarily be viewed as a negative. The Fed reportedly had a long-term plan that followed alongside our economic recovery. If you compare the current rates against wage increases, low unemployment, and a juggernaut economy, home buyers are in the driver’s seat right now.

Whether you are interested in buying a new property or refinancing your current property, contact your trusted mortgage professional to find out about the current financing options available.

The Federal Open Market Committee of the Federal Reserve announced that it raised the target federal funds rate to a range of 2.00 percent to 2.25 percent. This was the third consecutive increase in the Fed’s key interest rate and was the eighth time the Fed raised its key interest rate since 2015.

Further economic conditions cited in the FOMC statement were steady inflation, which has held close to the Fed’s objective of two percent for a year. Projections on long-term inflation were “little changed” according to the statement.

FOMC’s statement explained how committee members make decisions about the target range for the federal funds rate. The Federal Reserve must make decisions based on its legislative mandate of achieving and maintaining maximum employment and an inflation rate at or near two percent.

Federal Reserve Chair Jerome Powell expressed confidence in current economic conditions and said that future rate hikes would help maintain the Fed’s goals and promote healthy economic growth. Mr. Powell said that future meetings of the Federal Open Market Committee would be guided by asking and answering the question of whether current monetary policy is set to achieve FOMC goals. Analysts interpreted Chair Powell’s comments as indicating that current economic conditions are as good as could be expected and that the Fed’s monetary policy decisions are working as planned.

Last week’s economic news was highlighted by Fed Chair Janet Yellen’s speech in Philadelphia. Although Chair Yellen alluded to future Fed rate hikes, she did not specify when Fed policymakers would next raise the target federal funds rate.

Increases in the fed funds rate typically signal increases in consumer credit and home mortgage rates. Last week’s speech was seen as a precursor to the Federal Open Market Committee statement that will occur at the conclusion of next week’s FOMC meeting.

Chair Yellen is also scheduled to give a press conference after the FOMC statement next Wednesday.

Slowing job growth and inflation staying below the Fed’s goal of 2.00 percent were cited as signs that the U.S. economic recovery is underway, but Chair Yellen also said signs of slower job creation along with uncertainties in global economic conditions and oil prices prevented short-term predictions about how the economy would perform.

Fed Chair Yellen also repeated her usual caution that Fed policy is not set in stone, but instead is subject to FOMC members’ ongoing review of economic developments and related readings.

What’s Ahead This Week

This week’s scheduled economic news includes the Fed’s post-meeting FOMC statement and press conference, reports on the consumer price index and core CPI, housing starts and the NAHB Housing Market Index. Reports on mortgage rates and new jobless claims will be released according to their weekly schedule.

Lower mortgage rates may encourage first-time and moderate income home buyers to enter the market, although slim supplies of available homes and rising home prices have caused ongoing concerns about affordability in many markets.

Federal Reserve Chair Janet Yellen said that she doesn’t expect interest rate cuts in view of slowing economic indicators. In testimony before the House Financial Services panel, Chair Yellen indicated that although there are signs of slower economic conditions, there was still room for economic growth. She cited a strong labor market and strong consumer and business spending as indicators of economic expansion. Analysts interpreted Chair Yellen’s testimony to indicate that the Fed would not likely raise its target federal funds rate in March.

Chair Yellen said that monetary policy is not on a “preset course”. Federal Reserve press releases consistently state that policy makers review current and developing domestic and global economic trends as part of any decision to raise rates. In view of this, Chair Yellen’s testimony did not cover what could happen if future economic developments influence Fed policy. Recent concerns over volatile financial markets caused by the weakening in China’s economy were cited as examples of “downside risks” that could impact the Fed’s monetary policy.

Readings for Consumer Sentiment suggest that consumers are also watching economic developments. February’s reading decreased to 90.7 as compared to January’s reading of 92.0.